Envelop Protective Covers have been tested extensively and we’re happy to share a sampling of reports that demonstrate the benefits of choosing and using Envelop Covers.

Six reports available on this page include:

This test was conducted by the German Research Institute (WIWeB) on the Island of Helgoland in the North Sea beginning April 13th 2011 and ending October 12th 2011. 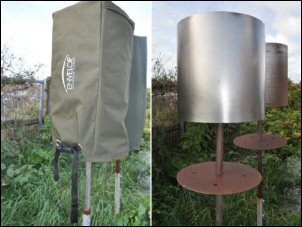 The US Air Force Corrosion Prevention and Control (AFCPC) Program command conducted a one year long scientific study from March 2007 through April 2008 with the stated purpose of demonstrating the benefit of storing Aerospace Ground Equipment (AGE) in sheltered storage versus outside, unprotected storage. Prior to commencement of the study, Shield Technologies Corporation (STC) had the opportunity to brief AFCPC personnel about Envelop Protective Covers technology. AFCPC staff took an immediate interest in the technology and decided to include Envelop Protective Covers and traditional vinyl covers in the study to achieve a more comprehensive look at potential solutions for corrosion prevention.

STC designed and produced a cover to be employed in the sheltering study, specifically for the USAF New Generation Heater (NGH). The cover was delivered to Travis Field ANGB, Savannah, GA in March 2007 and installed on a NGH for testing, to be stored outdoors. Corrosion sensors, environmental monitors and bare metal coupons were placed with each test asset. The end result of the study demonstrated scientifically that Envelop Protective Covers are more than ten times as effective in reducing corrosion than the next best solution (vinyl covers) and nearly twenty times as effective as storage in simple shelters.

Following is an excerpt from the USMC AAV Envelop Protective Cover Validation Test:

The USMC has experienced substantial corrosion on the turret on the AAV (amphibious assault vehicle) resulting in continual maintenance on the turret and components attached to it. This has resulted in significant ongoing maintenance expense for the operating units, reconditioning and component replacement costs and an adverse impact on readiness.

At the request of the USMC, Shield Technologies performed a test on the AAV turrets to validate the corrosion resistance ability of the custom-sewn Envelop protective cover. The Envelop cover is a custom fabricated cover designed to fit over the turret. It is easily installed and has an integrated storage “bag” for easy storage when not in use.

The test was conducted at Marine Corps Base Hawaii, Kaneohe for 30 days beginning July 11, 2005, and concluding on August 11, 2005. The test involved 2 AAV units with Envelop covers and one control unit.

The test validated the severe corrosion climate in Hawaii and the extent of damage caused by corrosion on the control unit. The 2 units covered with the Envelop turret covers confirmed a reduction of 90-95% of the normal corrosion, which will result in reduced maintenance requirements, lower maintenance costs, and improved readiness.

The report available here highlights specifics of the test. All inquiries and questions should be forwarded to Shield Technologies Corporation.

Following is an excerpt from the USS SWIFT (HSV 2) Visit Report:

The USS SWIFT is a 321 foot high speed wave-piercing catamaran constructed of aluminum and is capable of speeds in excess of 45 knots (53 MPH). She is manned by a crew of 42 persons operating in a Blue & Gold rotation. At this time she is assigned as a Mine Warfare Support Ship, however she also participates in various other assignments in support of various military missions. Recent operations have included Tsunami relief in Southeast Asia, counter drug operations in the Caribbean, and the recent joint forces training in Panama. The weapons systems on the vessel are maintained by a single First Class Gunners Mate (E-6) supervised by the ship’s Bos’n.

I am writing in regards to our 50 Cal Gun Covers and their shown durability aboard HSV 2. We average 40 knots of relative wind on a daily basis when we are transiting from oparea to oparea and your covers have held up to the challenge. During our latest deployment to the Panama Ops area we encountered winds in excess of 60 knots on two occasions with rain, and seas hitting the covers very hard. Still no damage. They recently were up and in position for 19 consecutive underway days. During this time it rained on a daily basis (heavily), reached winds exceeding 40 knots once again, sea spray, humidity, and heat index temps of over 105 degrees. The covers have held with “Zero” damage since we received them in May of this year as well as lowering/making pms requirements on an easier level.

On our MK 45/EX-45 we asked for a cover that could withstand high winds, salt water, rain, heat from our stacks, and continual soot spray. Once again your cover met the challenge. This cover takes more abuse then any cover we have on board and has not given in the slightest. It is up during flight operations, underway, and in port but has yet to show a stitch of give. This cover also went through a 30 day dry docking availability where sand blasting, painting, and weather (i.e. humidity, heat index over 100, etc.) were huge factors daily. Cleaning the cover is as easy as described using soap and water.

We on board SWIFT want to thank you for providing us with a product which is living up to what it has advertised. We look forward to working with you in the future. Thank you. 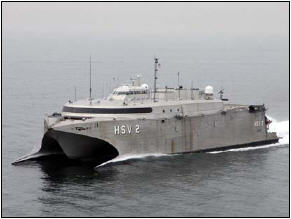 As the following photographs indicate, in the 30-day side-by-side comparison, the Envelop Cover dramatically reduced corrosion.

Conclusion:
After documented use of only 30 days, the Envelop Protective Cover substantially reduced corrosion on the M198 howitzer. The test validated the conclusion that persistent, long-term use of Envelop Covers will minimize corrosion, thus reducing maintenance, increasing readiness, and extending the life-cycle of these expensive weapons. 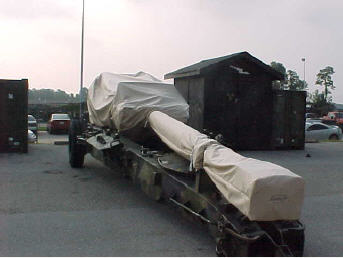 Following is an excerpt from the Envelop Field Test on the M777 Lightweight Howitzer:

Following is a quote from the uniformed staff at Fort Sill:

“The envelope proved to be reliable. It was put on a M777 in November 2005. This weapon had no lubricant or rust inhibitor on it prior to placing it inside the envelope cover. The envelope cover was removed April 18, 2006.

There was no new rust on the weapon system that was under the envelope cover. It rained approximately 5 times and snowed twice. We did not remove the cover at all during this period. The cover itself retained water on the outside but did not allow it to reach the weapon. The weapon was inside the envelope cover from temperature ranges in the low teens to 105 degrees. No condensation was built up on the inside of the cover.

All components of the cover worked properly and held the cover in place during high winds.

The New Equipment Training Team would recommend this cover for the fleet forces.” 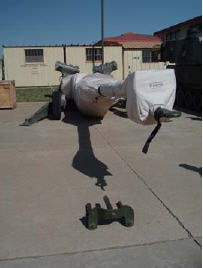